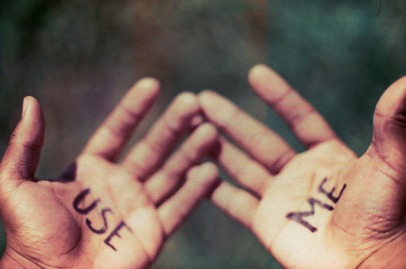 I don’t think we’re alone with this but I think we as a church have a tendency to assume evangelism is other peoples job.  We talk about sharing the gospel, we train for it, we hear preaching on it, but I wonder if somewhere subconsciously we think it’s someone else job.  We’ve tried to address that in our mission statement – ‘we exist to equip God’s people to speak and be grace where God has placed us for his glory.’  But I still have a hunch people are thinking it’s for the natural evangelist, maybe for the pastor, or the real keenies it isn’t for me.

We’ve run a course called Sharing Jesus and walked through Uncover John this academic year looking to train people in evangelism and defeating defeater beliefs.  But there is still that barrier.

I’m toying with trying something different this Sunday.  Each one reach one.  What if each member of church took that responsibility this week to reach one other person with the gospel?  What if each family took a responsibility to reach out to and show love to and live out the gospel in front of one other family this week?  I wonder if the problem with our talk of evangelising the neighbourhood or the workplace is just too big.  Whether simply focusing on each one reaching one makes it seem more tangible, more possible.

Imagine the impact if each one of us reach done other person with the gospel this week? What if we did that every week?  If we boldly lived out the love of God, if we shared our faith and its impact on our lives, if we opened our homes and let people see the 90% that remain under the surface, unseen.  If we opened our mouths and boldly shared the good news, addressed peoples hopes and fears and dreams and identity with the gospel of Jesus.

It’s incredibly easy as a pastor to get a bit disconnected from real life.  Conferences, ministers fraternals, even the office itself aren’t normal life.  I’m going to be honest, I meet quite a few pastors who are just a bit weird.  That’s to be expected in part because amongst any portion of the population there will be some people who are less socially aware and engaged than others, maybe it’s just representative of that.  But I do wonder if the potentially cloistered nature of the pastorate feeds that and even attracts those who are socially a bit awkward.

I think a simple way to solve that is to get out of the office and spend some time doing the stuff normal people do.  I’m loving being at the office we now have and having the opportunity to chat to staff at the school, to ask how they are, to stop and have a coffee and chat about everyday life.  I spent a fascinating half an hour last week having coffee with a guy who was sharing his experience as a miner in Doncaster, the strikes, and life afterwards.  I have chance to see the pressures single mums and others face at toddlers, and chat to others of all ages, from teens who pop in for a coffee after school, to the elderly who come for company, during coffee time.

Getting out of the office is proving invaluable.  It is a life line, an insight into normal life.  I also love playing football with a bunch of guys, almost all of whom have no church background, and chatting with them about life and pressures.

I’m hoping it makes me a bit less weird, a bit more relatable.  And my prayer each week is God give me one conversation today where I can speak of you, where I can share Jesus,.  I’m also finding this involvement in real life for normal people is giving a different perspective on sermon preparation.  We just need too spend time with people.